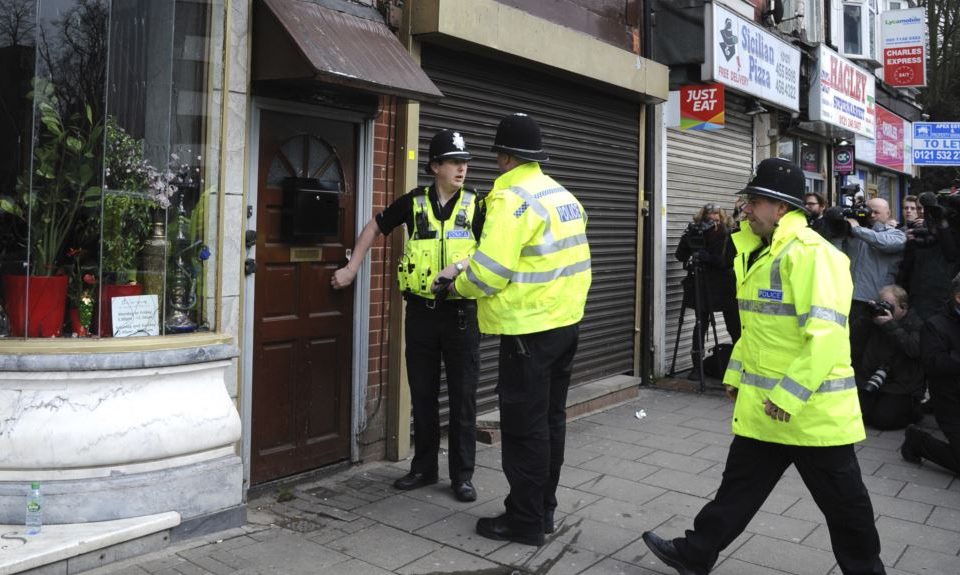 Police outside a property in Birmingham, England, March 23, 2017, following an attack Wednesday in London.

London police said Friday they have made two more arrests in connection with the attack near Parliament.

Counter-terrorism commander Mark Rowley characterized the arrests as “significant,” though he did not provide any details. He said nine people are currently in custody and one person has been released.

Police officials identified the attacker who killed four people near Parliament as Khalid Masood, a Briton who converted to Islam and had a lengthy criminal record for weapons possession and other charges.

Rowley said Masood’s birth name was Adrian Russell Ajao and appealed to the public for any information about him. 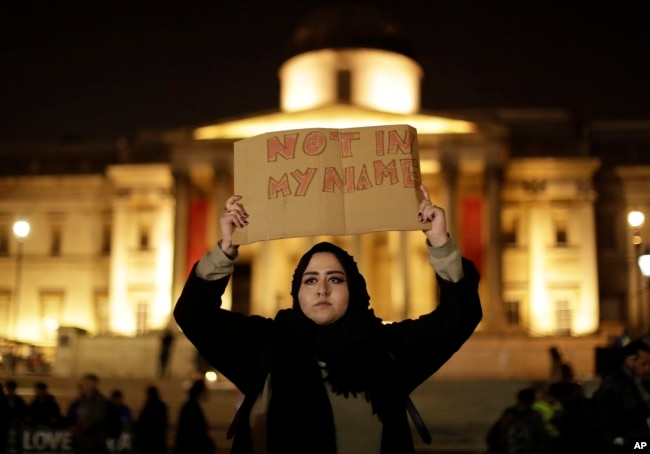 A woman holds up a sign at a vigil for the victims of Wednesday’s attack, at Trafalgar Square in London, March 23, 2017. The Islamic State group has claimed responsibility for an attack by a man who plowed an SUV into pedestrians and then stabbed a police officer.

“We remain keen to hear from anyone who knew Khalid Masood well, understands who his associates were and can provide us with information about places he has recently visited,’’ Rowley said. “There might be people out there who did have concerns about Masood but did not feel comfortable for whatever reason in passing those concerns to us.’’

Islamic State said Masood, who was 52, was a “soldier” of the extremist group who responded to its call to attack civilians and the military in countries allied with the United States in battling IS.

Masood had never been convicted of terrorist offenses, but British security officials said he had been investigated in the past “in relation to concerns about violent extremism.” Authorities say they believe he was acting alone Wednesday when he ran down pedestrians on Westminster Bridge, a Thames River crossing leading to the Houses of Parliament, crashed his rented vehicle into a gate and fatally stabbed a policeman who tried to stop him. 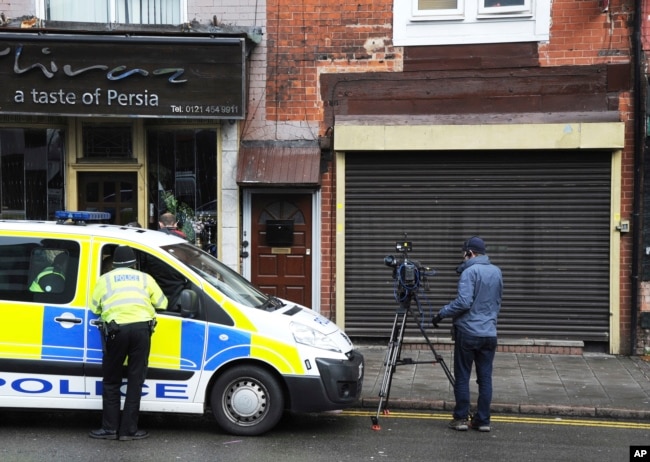 In the hours after Wednesday’s attack in the heart of London, police conducted raids around the country in search of anyone who may have given support to Masood. Eight men and women were arrested Thursday on suspicion of planning terrorist acts.

The dead assailant, who was older than most Islamist attackers involved in recent spectacular terror attacks in Europe, had been a teacher of English and was known as a fanatical bodybuilder.

One of the civilians who was run down on the bridge, a 75-year-old man, died Thursday in a hospital, raising the casualty toll to four victims and Masood.

Although Islamic State claimed responsibility for the attack, a statement posted online did not implicate the group in the planning or execution of the attack.

An Italian tourist who witnessed the carnage told reporters he saw Masood attack the policeman with two knives. “He gave [the officer] around 10 stabs in the back,” the visitor said.

Valiant efforts to resuscitate Constable Keith Palmer at the scene failed. The 48-year-old officer was a 15-year police veteran.

One American was among the dead – 54-year-old Kurt Cochran of Utah, who was in London with his wife to celebrate their 25th wedding anniversary. His wife, Melissa, was among the 30 people injured. Masood’s vehicle hit the Cochrans as they crossed Westminster Bridge.

The remaining victim of the attack was a British school administrator, Aysha Frade, 43. 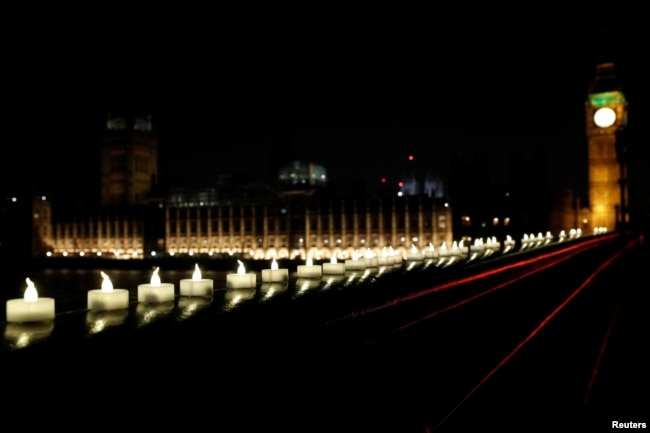 Candles burn on Westminster Bridge the day after an attack in London, March 23, 2017.

Mourners gathered in London’s Trafalgar Square Thursday evening, about one kilometer from the crime scene, for a candlelight vigil. The mayor of London, Sadiq Khan, told the crowd of thousands that”those trying to destroy our shared way of life will never succeed.”

Khan said the vigil in the most recognizable public plaza in London was meant to honor the dead and injured, but also “to send a clear, clear message: Londoners will never be cowed by terrorism.”

Rowley, head of counterterrorism efforts for London’s Metropolitan Police Service, said the eight people arrested Thursday were picked up during searches at six separate locations, and that investigations were continuing in London, Birmingham and other parts of England. He declined to say whether or how those detained were involved in Wednesday’s attack.

“It is still our belief, which continues to be born out by our investigation, that this attacker acted alone and was inspired by international terrorism,” Rowley told reporters. 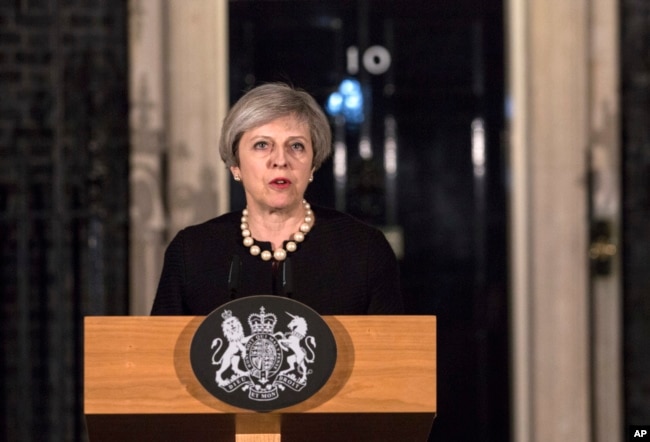 Prime Minister Theresa May struck a defiant tone in discussing the attack before Parliament Thursday, telling British lawmakers that what London experienced was “an attack on free people everywhere.”

“Yesterday an act of terrorism tried to silence our democracy, but today we meet as normal, as generations have done before us and as future generations will continue to do, to deliver a simple message: We are not afraid and our resolve will never waver in the face of terrorism,” she said.

May thanked Britain’s friends and allies around the world “who have made it clear that they stand with us at this time.”She said the victims include nationals of France, Romania, South Korea, Germany, Poland, Ireland, China, Italy and Greece, as well as the United States.

“You may know that today there are victims in London from 11 nations. Which goes to show that an attack on London is an attack on the world,” Johnson said. “I can tell you from my talks here in the United States with the U.S. government and with partners from around the world that the world is uniting to defeat the people who launched this attack and defeat their bankrupt and odious ideology.”

In London, Parliament’s session began with a minute of silence Thursday. Police officers stood in silence nearby outside the headquarters of the city’s Metropolitan Police. 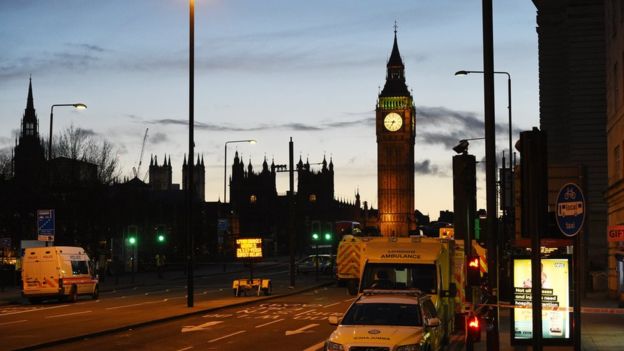 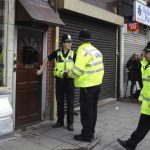