Aoun: Terrorism is used to create balances among states leading fight against it

0
506 Views
0
Warning: json_decode() expects parameter 1 to be string, object given in /homepages/8/d668141621/htdocs/clickandbuilds/WordPress/MyCMS2/wp-content/plugins/posts-social-shares-count/classes/share.count.php on line 66
0
Shares 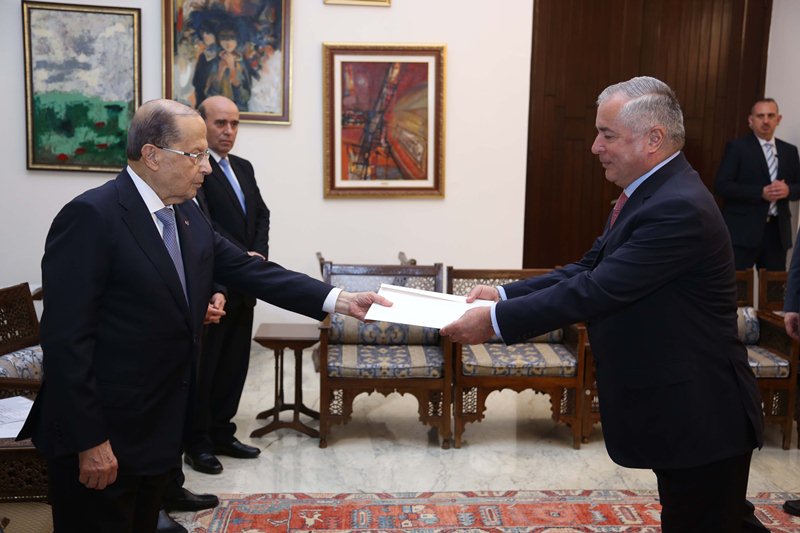 NNA – President of the Republic, Michel Aoun, said on Friday that “terrorism is not being radically combated, but used to create balances among nations leading the fight against it.”

Aoun received the Chairman of China’s Council for the Promotion of International Trade (CCPIT), Jiang Zengwei, on top of a delegation accompanied by the Chinese Ambassador to Lebanon, Wang Kijian, in presence of Economy Minister, Raed Khoury, and Former Minister, Adnan Kassar.

The Chinese official conferred to Aoun the Chinese leadership greetings and their desire to boost Chinese-Lebanese bilateral relations in all sectors as well as the participation in development projects.

He considered the stability in Lebanon following the election of President Aoun as encouraging for joint projects and an opportunity for Chinese and Lebanese businessmen.

Aoun, for his part, welcomed the Chinese delegation, expressing Lebanon’s readiness to cooperate with China in all domains especially that it was between top countries exporting to Lebanon.

He also presented the plan for infrastructures in the country notably in transportation, communication, roads and energy.

President Aoun also applauded the UNIFIL Chinese contingent which is helping to safeguard peace along the southern border of Lebanon.

Minister Khoury also highlighted the importance of cooperation inside and outside Lebanon through the Lebanese Diaspora in the Middle East and Africa, offering a “basket of suggestions.”

The President also met with a delegation from Middle East Council in British Conservative Party chaired by MP Nick Herbert including MPs Richard Becon, Antoinette Sandbach, and Leo Docherty, over local and regional situations and Lebanon’s position vis-à-vis these developments.

Aoun shed light on the profound relations between Lebanon and Britain, revealing Lebanon’s desire to strengthen them in all fields, “thanking the support of Britain for the army and the security forces, including monitoring towers along the Lebanese-Syrian border and equipment for the army.”

He added that national unity allowed Lebanon to face many current challenges most importantly the fight of terrorism and the preservation of borders and security stability.

He tackled negative ramifications of Syrian displacement and the failure to deliver necessary aids from the International community for Lebanon to be able to face social, education, financial and economy repercussions resulted from the crisis.

Members of the British delegation in turn hoped that Lebanon would strengthen its security and stability and play its role on the regional and international scene.

They expressed their appreciation of the great sacrifices endured by the Lebanese people to welcome Syrian refugees in their country.

Earlier, the President received seven ambassadors who submitted their credentials to him, in presence of Minister of Foreign Affairs, Gebran Bassil. 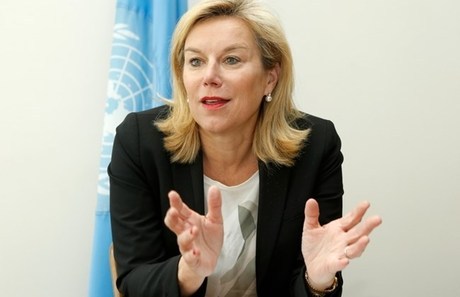 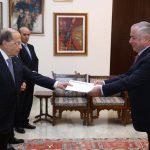 Aoun: Terrorism is used to create balances among states leading fight against it