0
419 Views
0
Warning: json_decode() expects parameter 1 to be string, object given in /homepages/8/d668141621/htdocs/clickandbuilds/WordPress/MyCMS2/wp-content/plugins/posts-social-shares-count/classes/share.count.php on line 66
0
Shares 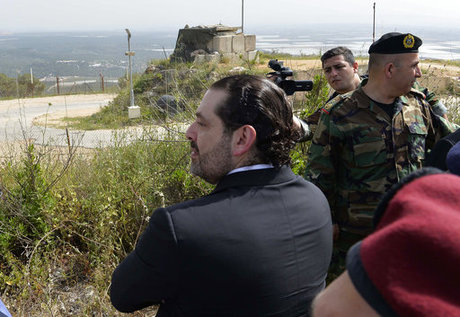 Al-Mustaqbal newspaper, which is affiliated with Hariri’s Mustaqbal Movement, reported Sunday that “Arab and foreign diplomats in Lebanon have informed Lebanese political figures of their relief over PM Saad Hariri’s visit to the border.”

“They said that it boosted confidence in the presence of the state in the South,” the newspaper said.

U.N. Special Coordinator for Lebanon Sigrid Kaag had also welcomed Hariri’s visit on Friday, saying it “reflects the continued partnership” between Lebanon and the U.N.

Kaag lauded Hariri’s reaffirmation of the government’s commitment to U.N. Security Council Resolution 1701, noting that the U.N. “stands ready to continue to provide its good offices to help effect progress on outstanding obligations under the resolution and towards a permanent ceasefire.”

Hariri’s visit to the South came a day after Hizbullah took a group of over 100 local and international journalists on a rare tour of the border with Israel. Members of Hizbullah’s armed wing stood guard on part of the tour, displaying weapons despite a prohibition stipulated by UNSCR 1701 on any armed paramilitary presence so close to the demarcation line.

Hariri said Friday that “what happened yesterday is something that we, as a government, are not concerned with and do not accept.”

The premier, who was accompanied by the defense minister and army chief, said his trip was intended “to tell the Lebanese armed forces that they and only they are the legitimate force in charge of defending our borders.”

There has been rising speculation about a new conflict between Hizbullah and Israel, who fought a 34-day war in 2006 that ended after the approval of Resolution 1701.

Post Views: 419
Warning: json_decode() expects parameter 1 to be string, object given in /homepages/8/d668141621/htdocs/clickandbuilds/WordPress/MyCMS2/wp-content/plugins/posts-social-shares-count/classes/share.count.php on line 66
0
Shares 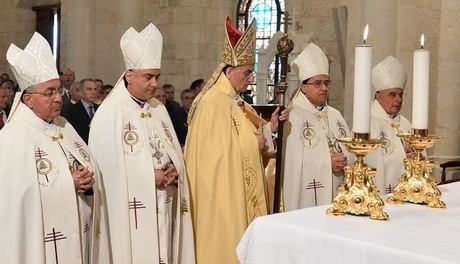 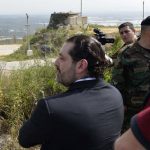