0
623 Views
0
Warning: json_decode() expects parameter 1 to be string, object given in /homepages/8/d668141621/htdocs/clickandbuilds/WordPress/MyCMS2/wp-content/plugins/posts-social-shares-count/classes/share.count.php on line 66
0
Shares 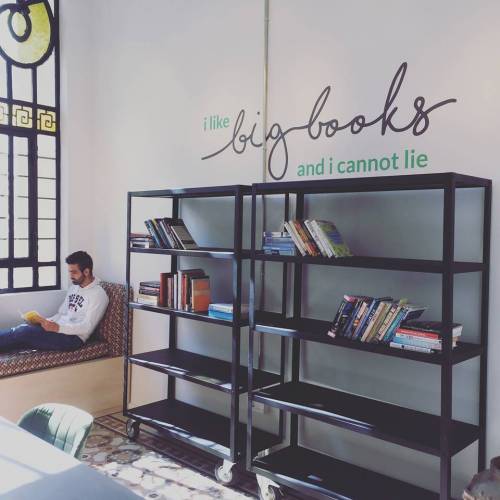 BEIRUT: A variety of shared workspaces are now active in the city, going by names with a vibe such as Antwork, Submarine, the Beirut Digital District, and the Innovation Factory, with more expected for opening within the year.

These co-working spaces are part of a growing trend not only in Lebanon and the MENA region but even more so globally, with sprawling companies as such as WeWork – a U.S-based creator of co-working space – getting billions of dollars in investment to open shared spaces around the world.

It looks as if co-working might be here to stay, with a number of studies reporting that a markedly growing part of the worldwide workforce is freelancers, independent contractors, temps, solopreneurs or the aptly named digital nomads.

For persons working on their own, these shared workspaces offer not only an interactive space where other creatives are working as well, but offer rent at sometimes bargain basement costs and plug-and-play solutions to infrastructure such as telecom and meeting spaces.

Of key value in Lebanon is that these spaces often offer high-speed Internet which can make the difference for an entrepreneur sending and receiving files from around the planet.

And various studies are concluding that this new class of co-workers is better able to complete their work on time based on such factors as personal motivation and being able to draw on the expertise of other co-workers if needed.

In Lebanon, some suggest there might be challenges in terms of culturally accepting this new trend, but for Hani Asfour – co-founder of architecture firm Polypod, who has been involved in co-work design for the likes of the UK Lebanon Tech Hub – considers that, “This barrier only exists if people don’t realize the power of the networked economy and how it is empowering agility in groups and individuals; I would even think the old fashioned firms might feel threatened soon, and adopt similar methods to retain and attract talent.”

In an article covering this expanding trend, The Harvard Business Review reported “digital-savvy employees are beginning to demand that their spaces adapt to how they work, rather than vice versa…..creative professionals wanted to work outside confining office environments but also to avoid the isolation of home offices.”

HBR added, “People who chose to work in those spaces intentionally sought members from different organizations, thus reproducing the community, social interaction, learning, and energy typical of their online work while adding the benefit of physical proximity to others.”

That said, on a global basis, this new paradigm of workspace has entered a boom phase, with such spaces having been launched at a rapid rate around the world, particularly in urban areas.

At question is what point of the spectrum Beirut occupies on this workplace change – where though popular new spaces have been launched, there might be even a larger demand.

“It is going to grow very fast, especially in the creative sector, including the ecosystem of digital startups and design providers. Co-working provides options for the autonomous workforce—startups, freelancers, artists, students—to keep a light footprint and swarm on a need basis. Networks that allow groups to form spontaneously [and voluntarily] provide more value than typical peer-to-peer networks,” Asfour noted.

“The major factor pushing forward the co-working trend for the past two years has been circular 331, since more entrepreneurs and startups are surfacing to create an ecosystem that is in need of co-working space with plug-and-play features,” Ralph Raad, head of marketing and sales at Antwork, told Annahar.

Raad highlighted that although entrepreneurs are the driving force behind the market’s demand, one cannot ignore the demand for office space by the public to work more efficiently while taking into consideration this phenomenon has become a global trend stretching from the west and reaching Lebanon.

“I think the reason behind such positive feedback from this trend is the fact that the target audience of it is the younger generation that enjoys the concept of openness, collaboration and networking with people that will help through whatever they’re working on,” Raad added.

Users can easily book an office or working space, by simply accessing their website or mobile applications, and commit to it for as long as they need it, ranging from a few hours to months or years even.

While registered users, among them being startups, freelancers and occasional users, have the ability to access the common spaces within the Antwork compound, which includes meeting rooms that can be booked through the app. In addition, these users are posted to its “Work Cloud” where they could become visible to the people within the community as well as the general public.

For Vanessa Bassil, CEO of a media NGO called Media Association for Peace finds the space to be very inspiring, helps entrepreneurs focus as well as serve as a supportive net for startups, freelancers and artists alike. “The concept, as well as the design for Antwork, is really nice since it offers a more motivational atmosphere to work in, alongside other entrepreneurs and startups which help them add exposure as well as gain contacts within its community.”

Bassil – who uses the space to conduct workshops, events and hold meetings – considers shared co-working space to be very helpful for workers on the go as well as freelancers since it provides them with what they need to successfully get the job done in a work-oriented environment.

On the other side of town, just west of the Beirut’s downtown area resides the growing Beirut Digital District, which was launched back in 2012, which hosts 50 companies active in the ICT, digital and creative sectors. BDD also plays host to three local startup accelerators, Berytech, the UK-Lebanon Tech Hub and Speed@BDD.

“Co-working space is growing at a consistent rate, and it is being more and more popular amongst the young generation, especially with the trend to go into the entrepreneurial ecosystem; they also a continuous contact with entrepreneurs with whom they share their ideas. They learn from each other’s experience,” said Shyrine Bou Khalil, sales, and marketing coordinator at ZRE Real Estate who’s projects include BDD.

The Submarine, a co-working space located in Ramlet El Bayda, is an art and design-oriented work and event space for independent professionals and small teams looking to be part of a collaborative community; and considered by its space manager, Sarah Karam, to curate to the more “artsy side of co-working space trend.”

“What makes the Submarine so special is it’s very simple concept of plug-and-play, you just walk-in pay the fees and directly go forth to setting up your office/desk; there are no surprises in terms of rent and other services being provided,” Karam told Annahar.

She also highlighted that local and international businesses will follow in this new work trend since the needs of the market have changed especially with the increasing level of startups and freelancers that need a comfortable and work-oriented free space.

“There are no cultural barriers to this concept in Lebanon, since what we offer is simple and effective solutions to entrepreneurs as well as provide with the tools they need to finish they work or kick-start their startup,” Karam added.

Post Views: 623
Warning: json_decode() expects parameter 1 to be string, object given in /homepages/8/d668141621/htdocs/clickandbuilds/WordPress/MyCMS2/wp-content/plugins/posts-social-shares-count/classes/share.count.php on line 66
0
Shares 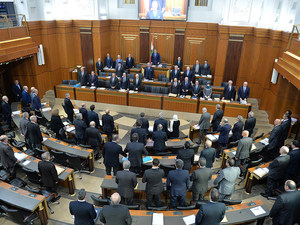 Parliament Hikes VAT, Other Taxes as Debate of Wage Scale Adjourned to Thursday 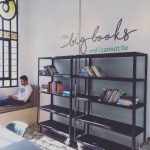