0
686 Views
0
Warning: json_decode() expects parameter 1 to be string, object given in /homepages/8/d668141621/htdocs/clickandbuilds/WordPress/MyCMS2/wp-content/plugins/posts-social-shares-count/classes/share.count.php on line 66
0
Shares 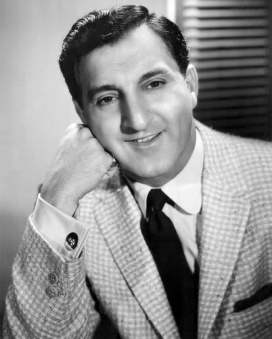 Danny Thomas starred in Make Room For Daddy, one of most popular TV family comedies of the 1950s. (The show ran from 1953-64, but changed networks in 1957 and was titled The Danny Thomas Show for the rest of its run.) Thomas was born on a horse farm in Michigan to a family of Lebanese immigrants, and sang on the radio as a young man before graduating to work as a nightclub emcee and comedian. After World War II he worked his way into the movies and became a host of NBC’s All Star Revue in the early days of television. He flopped and left television briefly, only to return with Make Room For Daddy. Thomas’s production company was also responsible for the hit TV programs The Dick Van Dyke Show and The Andy Griffith Show, among others. Thomas founded the St. Jude’s Research Hospital, which is dedicated to finding cures for catastrophic children’s diseases. The hospital opened in 1962 in Memphis, Tennessee. He published an autobiography, Make Room for Danny, in 1990, the year before his death.

Thomas was born Muzyad Yakhoob, but his parents later changed the name to Amos Jacobs. Thomas did stand-up comedy under that name before finally taking the name Danny Thomas… Thomas is the father of Marlo Thomas, star of the TV sitcom That Girl, which ran on ABC from 1966 to 1971; Marlo Thomas has been married to TV host Phil Donahue since 1980… Danny Thomas and his wife Rose Marie are buried in a memorial garden on the grounds of St. Jude’s… According to a 7 February 1991 obituary in The New York Times, “Many references list the year of [Thomas’s] birth as 1914, but a family spokesman said yesterday that it was actually 1912″ 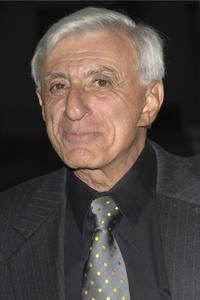 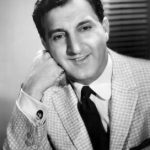