Did the Media Tour violate the 1701 Resolution or did Israel by violating the Lebanese airspace?

0
643 Views
0
Warning: json_decode() expects parameter 1 to be string, object given in /homepages/8/d668141621/htdocs/clickandbuilds/WordPress/MyCMS2/wp-content/plugins/posts-social-shares-count/classes/share.count.php on line 66
0
Shares 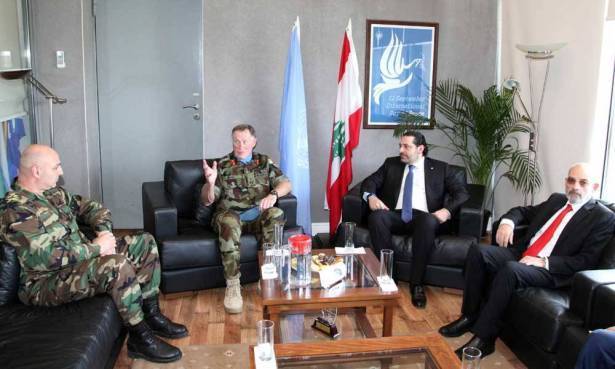 When invited by the Media Relations of Hezbollah, the Lebanese delegation headed to the Withdrawal Line with Occupied Palestine, which was after informing the Command of the Lebanese Army in the South. Opposites and loyalists in the internal politics of 8 and 14 March participated in the media delegation, as the Command of the Military Area of the Lebanese Army in the South decided to send two patrols from the South Intel of the Lebanese Army as the first Intel Patrol headed the Media motorcade and the second patrol of the Army Intel drove behind it, the whole process was adopted under the control of the Lebanese Army who informed the UNIFIL International Forces that the Media Tour is unarmed, free from armored manifestations and organized by the Lebanese Army as it will include a visit to the Blue Withdrawal Line on the Lebanese borders with Occupied Palestine. And thus, the media tour took place with arm-free Information Service Officials of Hezbollah. The media motorcade pass Labbouneh area where the Israeli enemy violated the borders and covered his Israeli Army Forces as the UNIFIL hadn’t made any comment related thereto. The members of the media delegation witnessed the Israeli bunkers and preparations for a possible war to be waged by the enemy in addition to the dispersion of offensive arms on the Withdrawal Line by the Israeli as there is no bases for the Resistance on the Lebanese side. The Media delegation aired the scenes live on TV which prompted an Israeli chaos that the Resistance’s goal of the visit is to prepare operations in Galilee in Occupied Palestine. The visit caused huge panic in Israel inducing questions on how did Hezbollah dare to invite journalists carrying cameras and pens only to the borders with Occupied Palestine, that’s when Israel pressured America and European countries.

Consequently, PM Saad Hariri visited the borders accompanied with the Minister of Defense, Yaacoub Al Sarraf, and the Army Chief General Joseph Aoun as they were well-informed that the Lebanese Army accompanied the media delegation, whilst the tour of the delegation was supervised and approved by the Lebanese Army. The delegation visited the UNIFIL headquarters when Hariri stated: “The Government is an advocate for the 1701 Resolution and determined on it.” He added: “We, as a Government, do not accept the visit of Hezbollah’s Information Services and I declare that the contrast in many issues with Hezbollah inside the government will not cause any problem as the Government is centering on the Ministerial Statement by supporting the 1701 Resolution.”

Israel refused to submit and conform to the 1701 Resolution through violating the Lebanese airspace as the Deputy of the Israeli Air Force, Mordechai Gur “that if Israel cease to exist then it will stop its violation for the Lebanese airspace as the latter are considered as Israeli airspace for our airplanes and among the passage of our aircrafts in order to attack Syria, additionally, our airplanes fly over Lebanon in order to picture Hezbollah’s bases and to monitor his movements and the Lebanese infrastructure, as if the war broke out, Israel is going to hit the latter (2007 Statement). The Israeli aircrafts kept on violating the Lebanese airspace on which the UNIFIL Forces keep on reporting to the Security Council which lists them in, and the International Emergency Forces report over the violation of the Israeli battleships of the Lebanese waters, after when the Lebanese Army found out that the Israeli Army violated the Lebanese Sovereignty by entering Lebanese Territories as well as establishing telephone poles and digital instruments of espionage in order to picture and monitor the movements in the north area of Litani, and yet the UNIFIL Forces report on this violation while the Lebanese Army demines the explosive traps resulting from this violation. These Israeli measures are considered as an aerial, territorial and maritime violation of the 1701 Resolution, however, no Lebanese Politician is making a statement related thereto or even giving a single concern over these violations as if Lebanon is ownerless before the Israeli battleships, aircrafts and army machines.

And the question remains, who is violating the 1701 Resolution?

It is time to give an accurate and determined answer. The one who wants to know the truth must look over the Lebanese airspace, waters and lands near the South so that he can be informed on how does Israel violate daily.

Addiyar – Translation of Anna Maria Hbayter from the Arabic version.

Post Views: 643
Warning: json_decode() expects parameter 1 to be string, object given in /homepages/8/d668141621/htdocs/clickandbuilds/WordPress/MyCMS2/wp-content/plugins/posts-social-shares-count/classes/share.count.php on line 66
0
Shares 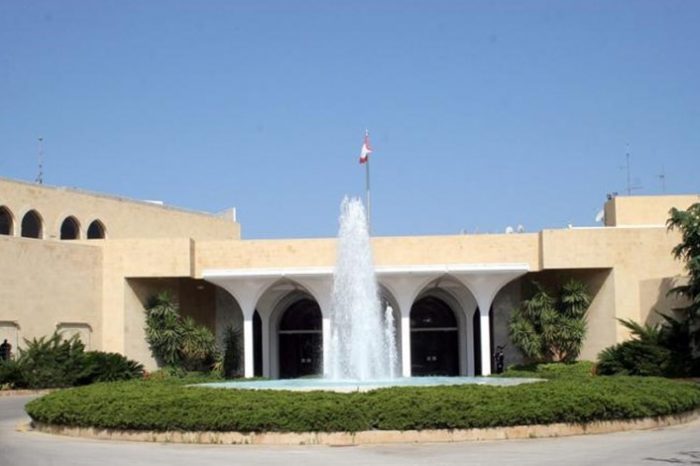 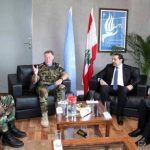 Did the Media Tour violate the 1701 Resolution or did Israel by violating the Lebanese airspace?