0
585 Views
0
Warning: json_decode() expects parameter 1 to be string, object given in /homepages/8/d668141621/htdocs/clickandbuilds/WordPress/MyCMS2/wp-content/plugins/posts-social-shares-count/classes/share.count.php on line 66
0
Shares 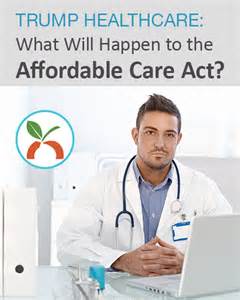 March 7, 2017 at 6:40 PM EST
The House bill that Republicans plan to pass to replace the Affordable Care Act keeps some of the most popular provisions of the law, but it does not mandate coverage and shifts how the government would provide financial help. John Yang looks at key aspects of the plan with Sabrina Corlette of the Health Policy Institute and Lanhee Chen of the Hoover Institution.
RELATED
SUPPORT FOR PBS NEWSHOUR PROVIDED BY

JUDY WOODRUFF: Now let’s go back to the big debate emerging over the health care law, and explore some of the key ideas behind the Republicans’ plans.

The House bill does keep some of the most popular provisions of the law, like preventing insurers from denying coverage for preexisting conditions. It still has penalties for a lapse in coverage, but it doesn’t mandate coverage in the same way. It also shifts how the government would provide financial help, while eventually reducing the number of people on Medicaid.

John Yang picks it up from there.

JOHN YANG: To help break down the impact of these proposed changes, I’m joined by two experts who watch health care closely. Lanhee Chen is a fellow at the Hoover Institution who advised Mitt Romney and Marco Rubio in their presidential campaigns. And Sabrina Corlette is a professor at Georgetown University’s Health Care Policy Institute.

I think you can both agree that, as this moves through the legislative process, the details will change, but I think the philosophical changes in direction are clear now.

Lanhee Chen, let me start with you.

This shifts — what we’re seeing proposed is to shift from requiring that everyone have insurance, to have a series of carrots, really, to get people to buy insurance themselves on the open market. Why is that the better approach?

LANHEE CHEN, Former Policy Director, Mitt Romney Campaign: Well, one of the issues, frankly, with the Affordable Care Act is that you had situations where insurance was become unaffordable.

In fact, if you look at 2015 as an example, 19.2 million Americans either could not afford health insurance because they got what was known as a hardship exemption, or they paid the penalty relating to Obamacare’s individual mandate.

So one of the things that this tries to do is to encourage the purchase of insurance, but, as you say, to do it as an encouragement, rather than as a penalty. Now, where a penalty does apply is when an individual doesn’t make the decision to acquire coverage and that coverage lapses, and then they would be subject to a penalty to get back into the system.

But the approach, as you note, is fundamentally different.

LANHEE CHEN: Well, I think there’s a couple of things.

First of all, the idea is to create marketplaces that are healthier by providing more competition and a greater choice of plans. Now, obviously, this provision alone doesn’t do that, but the idea behind the Republican approach is to move in that direction.

Now, some of that lowering of costs is constrained in this piece of legislation because it has to comply with this budgetary oddity known as reconciliation. But, overall, the Republican strategy is to lower costs by expanding choice and reducing the number of mandates on plans.

JOHN YANG: Sabrina Corlette, is that effective? Is that going to work?

SABRINA CORLETTE, Center on Health Insurance Reforms, Georgetown University: Well, here’s one of those things where details really do matter.

And, in fact, I would argue that this requirement they have in there that is an attempt to replace the ACA’s individual mandate will actually drive premiums up, because I think more young people will look at that and say, I’m not going to face a penalty if I don’t sign up for coverage, so I’m going to hold off on buying insurance.

And so the only people buying insurance will be those who are sick. And if insurers have to just cover sick people, they will raise premiums, and those will go up.

JOHN YANG: Lanhee Chen, that gets to a point that many critics are saying, that the federal help to buy for these insurance premiums favors, they say, the young and the healthy over the sick and the old. What do you say to that?

LANHEE CHEN: Well, I have a tough time with that argument, John, frankly, because, first of all, the tax credits in the Republican plan are based, first of all, on age. That is the primary factor on which they’re differentiated.

Therefore, those who are older will get more assistance than those who are younger. Furthermore, the broader idea here is to lower the cost of plans to get more people in. It is the case in the previous regime, under Obamacare, that you did have fewer people in the marketplace because premiums were increasing, for example, from 2015 to 2016 by an average of 25 percent.

So, the goal here, again, lowering the cost of plans, so that the help that is provided by the government will buy more coverage. That is the idea and the concept behind the Republican proposal.

JOHN YANG: Sabrina Corlette, he’s correct that the tax breaks go up with age, but, also, it allows the insurance companies to charge much higher premiums for older insured people.

So, this bill would allow insurance companies to charge older people up to five times the amount of a younger person. But the tax credits only go up two times. So, you’re essentially handing an older person a two-foot rope to get themselves out of a 10-foot hole.

The other thing is that, overall, the tax subsidies are much less generous than they are under the Affordable Care Act. And they’re not income-related. So lower-income people get less, relative to their income, and many of them will not be able to afford this coverage.

We don’t have numbers yet from the Congressional Budget Office about how many people will end up losing coverage. But we do have numbers that — from Wall Street analysts that estimate up to 10 million people will lose coverage under this bill.

JOHN YANG: Lanhee Chen, how do you respond to that, about the number of people who will go uncovered by this?

LANHEE CHEN: I think there are a couple of things. We will have to wait and see what the Congressional Budget Office ends up deciding on this.

But it is the case, first of all, that the Republican philosophy, the conservative philosophy has always been that you expand access by lowering costs. So it is the case that if you are able to get some of these regulation out of the way — now, granted, the House bill doesn’t actually do a lot of that, because, again, it has to comply with these arcane budgetary rules.

But were there to be legislation, let’s say, in phase two, as Donald Trump says, of health reform that got these regulations out of the way, the idea would be to lower the cost of plans, to expand access, and therefore affect that number of uninsured.

Another thing they could do, briefly, is, they could look at trying to create a steeper means test on the tax credits, such that poorer people would benefit more than they do under the current proposal.

JOHN YANG: Lanhee Chen, what do you say to the conservatives who worry that these tax credits are essentially a new entitlement?

LANHEE CHEN: Well, I would make a couple of arguments.

First of all, we already have a tax code that subsidizes health care, largely through the purchase of health insurance through your employer; 160 million Americans take advantage of this tax break already. What Republicans are trying to do with this proposal is to equalize, to a certain degree, the treatment of health insurance purchased individually vs. through employers.

And I would also say that it’s just a reality that we have got to deal with questions of coverage. And if you don’t help people who are outside of the employer marketplace, you are going to see even more significant degradations in coverage. So this is an important step forward in that regard.

SABRINA CORLETTE: Well, this is one thing that I think is really important for people to know, is that this bill goes way beyond repealing the ACA’s Medicaid expansion.

This really is a radical restructuring of a program that’s been around for 50 years. It’s a financial lifeline for not just low-income families, but families who have people with — kids with disabilities, older people who need long-term care. Close to 50 percent of births in this country are funded by the Medicaid program.

So we are looking at potentially cutting this program that will affect far beyond the people just that got coverage through the ACA. 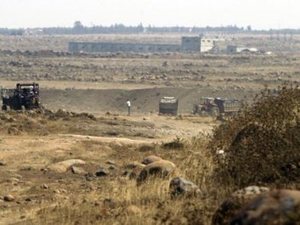 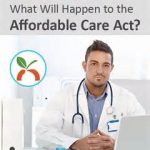