Negotiations on electoral law back to square one

0
645 Views
0
Warning: json_decode() expects parameter 1 to be string, object given in /homepages/8/d668141621/htdocs/clickandbuilds/WordPress/MyCMS2/wp-content/plugins/posts-social-shares-count/classes/share.count.php on line 66
0
Shares 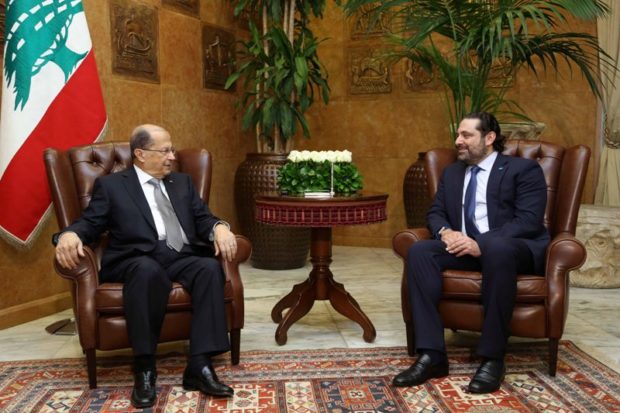 BEIRUT: Negotiations over the adoption of a two-round parliamentary electoral system that combines plurality voting and proportional representation as proposed by Free Patriotic Movement President and Foreign Minister Gebran Bassil have hit a dead end, a source familiar with the talks told Annahar Wednesday.

The source said the proposal has failed to garner support among the country’s major political parties and was effectively no longer the sole subject of discussion.

“All proposals are back on the negotiation table,” the source said. “We are back to square one.”

The stalled negotiations have raised renewed concerns over the failure to reach an agreement on a new electoral law ahead of a scheduled Parliament meeting for May 15 when the general assembly is expected to meet to renew the legislature’s term for a third consecutive time.

Last week, President Michel Aoun adjourned parliament for a month in line with article 59 of the constitution in order to block the extension of Parliament’s term after Speaker Nabih Berri had scheduled a general assembly meeting for this purpose.

Aoun insists that the extension of Parliament’s term should be coupled with the ratification of a new parliamentary electoral system and should be limited to only a few months to prepare for polls based on a new law.

Berri, on the other hand, argues that the extension of Parliament’s mandate is the lesser of two evils if rival political parties fail to reach an agreement–a scenario that the speaker say would lead to vacuum in the legislative branch.

The source said an agreement on a new parliamentary electoral system was still possible ahead of the May 15 legislative session to avoid a major escalation in tensions between Lebanon’s rival groups.

The country’s major Christian parties, including Aoun’s FPM and the Lebanese Forces, have threatened to take to the streets to block the extension of Parliament’s term, stressing that the only alternative is an agreement over a new electoral law.

Bassil, Aoun’s son-in-law, last proposed the adoption of a two-round electoral system that was at the heart of heated discussions for the past few weeks.

According to Bassil’s proposal, the first round is based on a plurality voting system in 26 districts, which represent the electoral constituencies under the current parliamentary electoral law, where Christian and Muslim voters will only cast ballots to candidates from the same religion. The top two among candidates competing for each seat will be eligible to participate in the second round, which will take place based on a proportional representation system in ten electoral constituencies.

The number of candidates who will qualify from each district and the makeup of the ten electoral constituencies in the second round of voting as proposed by Bassil remained contentious issues.

The government has already adjourned parliamentary elections twice, citing security concerns linked to the conflict in neighboring Syria. In 2013, lawmakers voted to extend parliament’s term by 17 months and then voted again in 2014 to extend their tenure an additional two years and seven months.

“All proposals are back on the negotiation table,” a source familiar with the talks told Annahar 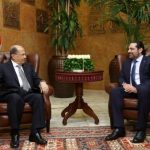 Negotiations on electoral law back to square one