0
584 Views
0
Warning: json_decode() expects parameter 1 to be string, object given in /homepages/8/d668141621/htdocs/clickandbuilds/WordPress/MyCMS2/wp-content/plugins/posts-social-shares-count/classes/share.count.php on line 66
0
Shares 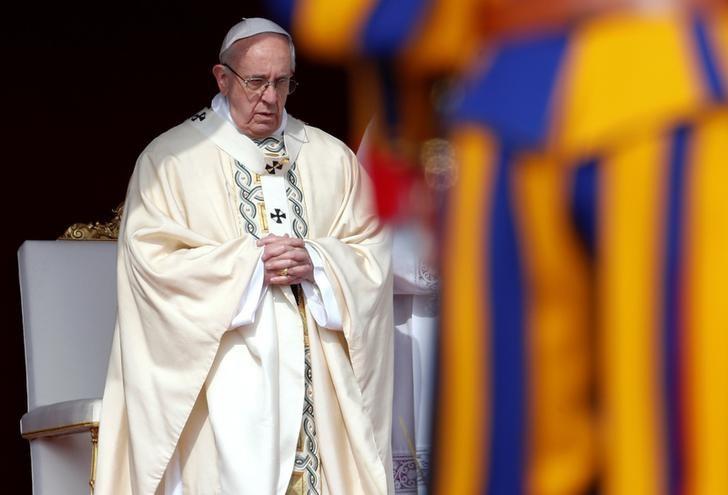 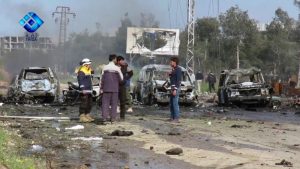 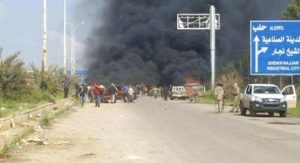 Still image shows a cloud of black smoke rising from vehicles in the distance in what is said to be Aleppo’s outskirts, Syria April 15, 2017. Social Media Website via Reuters TV

Pope Francis on Sunday condemned a bomb blast on a crowded Syrian bus convoy that killed at least 112 people outside Aleppo as an “ignoble” attack.

“May (God) in a particular way sustain the efforts of those who are actively working to bring healing and comfort to the civilian population of Syria, the beloved and martyred Syria, who are victims of a war that does not cease to sow horror and death,” he said in his Easter Sunday message to tens of thousands of people in St. Peter’s Square.

“Yesterday’s was the latest ignoble attack on fleeing refugees,” he said.

The blast hit buses carrying Shi’ite residents as they waited to cross from rebel into government territory in an evacuation deal between the warring sides. [nL8N1HN03C]. 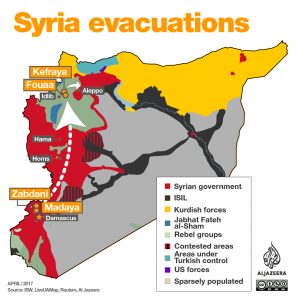 Post Views: 584
Warning: json_decode() expects parameter 1 to be string, object given in /homepages/8/d668141621/htdocs/clickandbuilds/WordPress/MyCMS2/wp-content/plugins/posts-social-shares-count/classes/share.count.php on line 66
0
Shares 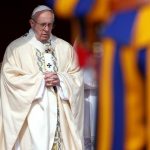