0
462 Views
0
Warning: json_decode() expects parameter 1 to be string, object given in /homepages/8/d668141621/htdocs/clickandbuilds/WordPress/MyCMS2/wp-content/plugins/posts-social-shares-count/classes/share.count.php on line 66
0
Shares 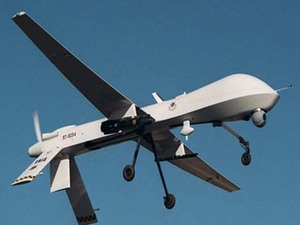 President Donald Trump’s administration has given new powers to the CIA to conduct drone strikes against extremist targets in the Middle East, the Wall Street Journal reported Tuesday.

The move would represent a change from Obama-era policies that limited the spy agency’s role in conducting paramilitary strikes, pushing responsibility for these to the Pentagon.

Obama had insisted on a more cooperative approach in drone strikes, with the Pentagon using intel from the CIA before the Pentagon conducted the attack itself.

According to the Journal, the CIA first used its new powers in February when it apparently killed al-Qaida leader Abu Khayr al-Masri in a strike in Syria.

U.S. officials have not confirmed the strike, but al-Qaida said Masri was killed “during a Crusader drone strike” in Syria.

The CIA and the Pentagon declined to comment on the Journal report.

Typically, the Pentagon details its strikes, but it has said nothing about the Masri killing.

Separately, The New York Times this week reported that the Trump administration is also working to loosen Obama-era rules that aimed to limit civilian deaths in drone strikes.

Trump has already granted a request to declare parts of Yemen to be areas of “active hostilities,” where the rules around strikes require less coordination with Washington, the Times said.

That paved the way for a botched January 29 special operations raid which resulted in the deaths of a Navy SEAL and multiple civilians — including women and children.

Trump is also weighing a request for a temporary loosening of rules in Somalia, the Times said.

On Monday, Pentagon spokesman Jeff Davis said the ongoing authorities for strikes in Yemen were granted at the same time as the approval for the ill-fated raid, the first under Trump’s presidency.

In July, the administration of Barack Obama provided fatality estimates for 473 strikes between 2009 and 2015 that were conducted outside principal war zones.

Officials claimed anywhere from 64 to 116 civilians were killed in the strikes, and up to 2,581 combatants — but critics have constantly said the government underestimates civilian deaths. 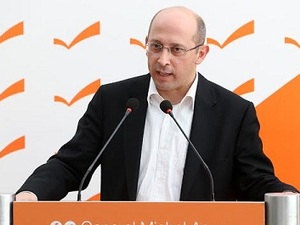 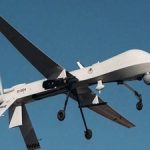