0
449 Views
0
Warning: json_decode() expects parameter 1 to be string, object given in /homepages/8/d668141621/htdocs/clickandbuilds/WordPress/MyCMS2/wp-content/plugins/posts-social-shares-count/classes/share.count.php on line 66
0
Shares 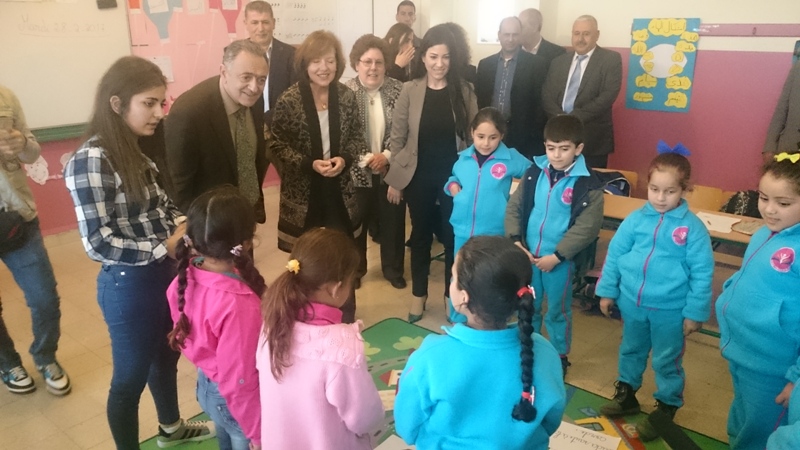 In a press release by the US Embassy in Beirut, it said: “U.S. Ambassador to Lebanon Elizabeth Richard traveled today to Marjeyoun District. In Marj El Khoukh, Ambassador Richard inaugurated a water pumping station that serves more than 61,000 individuals living in Marj El Khoukh and surrounding areas, including over 4,200 Syrian refugees. The station is part of a water project funded by the United States. Representatives from the Ministry of Energy and Water and local dignitaries also attended the inauguration.”

In Al Qlayaa, Ambassador Richard visited Al Qlayaa Intermediate Public School, which is one of 155 public schools that have received $20.8 million from USAID to fund UNICEF’s retention support program. The program provides remedial and homework support to more than 17,000 girls and boys who are at-risk of dropping out. Ambassador Richard met with students, teachers and parents and toured the school along with representatives from the Ministry of Education and Higher Education.

The visit highlighted U.S.-funded humanitarian and development programs that are supporting Lebanese communities most affected by the Syrian refugee crisis. Throughout her visit, Ambassador Richard underscored U.S. support to vulnerable Lebanese and Syrians to improve living conditions for Lebanese communities throughout the country, many of which have been strained by the ongoing conflict in Syria.

The United States has provided around $1.5 billion since 2012 in overall support to Lebanon, and is the largest donor to UNICEF.

In her delivered word in Marj El Khoukh, Ambassador Richard said: “It is a pleasure being here today.
I spend most of my time in Beirut, so I am happy to be out of the city to see another part of this beautiful country, and I am very pleased to join you as we celebrate the inauguration of this extremely important water project in Marj El Khoukh.”

Richard added: “As you know better than I do, the Syria conflict and ongoing refugee crisis have inflicted enormous strains on Lebanon. You country hosts more refugees per capita than any country in the world, and the consequences you live with are an increased demand for education, health care, housing, water, and electricity – all types of basic services and infrastructure. We know this. We know that communities like yours are struggling to cope with the influx of refugees, and we recognize the sacrifices you are making.

This is why, in consultation with leaders in communities like yours, and with your government representatives in Beirut, we are working harder to target assistance to the communities most in need, like Marj El Khoukh. This project is a perfect example of that. With an investment of $1.1 million, we are providing water for more than 61,000 people, including more than 4,200 Syrian refugees.”

The Ambassador added: “Like water projects we’ve supported all across the country, this pumping station will increase the water supply to the local community and help reduce the outbreak of waterborne diseases.
We’ve partnered with UNICEF on this project, and many others. It is just one example of U.S. development and humanitarian support across the country. In fact, just in 2016, the U.S. provided $87 million to UNICEF just in Lebanon, a significant percentage of which went towards water, sanitation and hygiene projects like this pumping station like this one we are seeing today.

This project showcases what can be achieved with strong cooperation between the U.S., UNICEF, the Ministry of Energy and Water and the municipalities. We thank all of you for your tireless work on projects like this. We hope our efforts will make daily life a little better for communities like yours that are already doing so much.”

Richard concluded: “We are committed to helping meet Lebanon’s humanitarian and developmental goals. We also know that the ultimate solution to the issue of so many people living in Lebanon from Syria is resolution of the war in Syria, so the people can eventually go home. We will continue to work for peace every single day. So thank you again everyone for being with us today to inaugurate this really world class, state-of-the art facility for this town and the community to survive. Thank you very much.’ 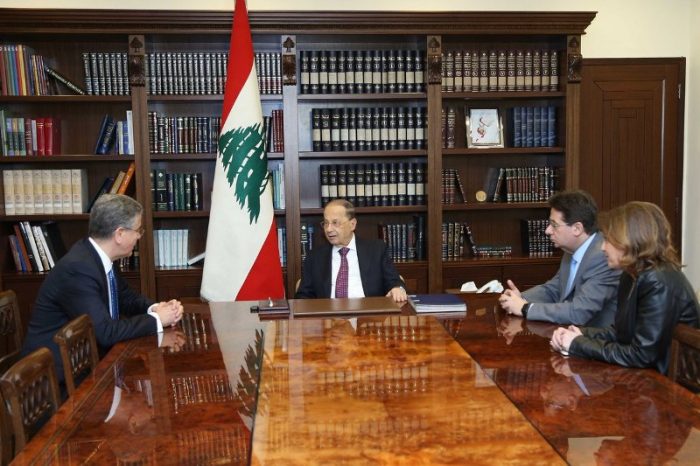 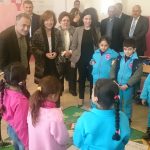