0
621 Views
0
Warning: json_decode() expects parameter 1 to be string, object given in /homepages/8/d668141621/htdocs/clickandbuilds/WordPress/MyCMS2/wp-content/plugins/posts-social-shares-count/classes/share.count.php on line 66
0
Shares 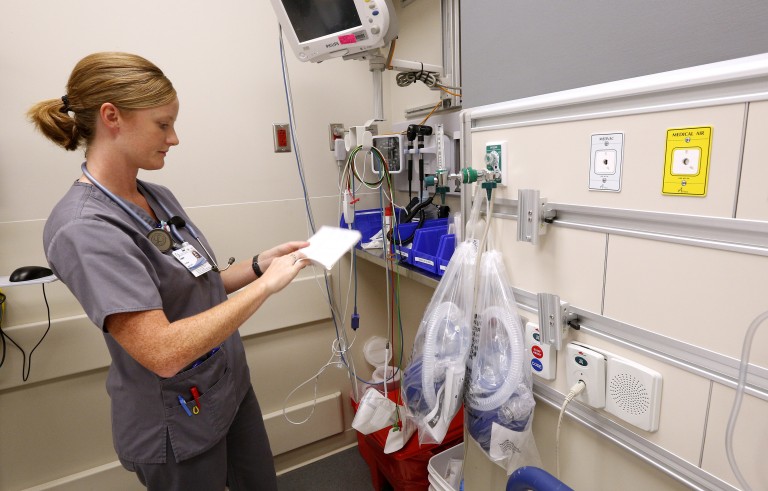 March 13, 2017 at 6:50 PM EDT
An analysis of the Republican health care bill was released Monday by the Congressional Budget Office, offering best estimates on cost, coverage and other issues. Among the takeaways are that 24 million fewer people would be insured after a decade, and it would reduce the deficit by more than $300 billion. Lisa Desjardins joins Judy Woodruff to take a look at the numbers.

JUDY WOODRUFF: The Congressional Budget Office is out tonight with its analysis of the Republican health care bill. It includes the nonpartisan agency’s best estimates on cost, coverage and other issues.

Our Lisa Desjardins has been looking at the numbers, and she joins me now.

LISA DESJARDINS: There are several, but let’s start with a very big one. What will this mean for health insurance coverage for Americans?

The Congressional Budget Office looked at the numbers and found that this Republican bill in just the first year, next year, would mean some 14 million Americans who have insurance now wouldn’t have it. The ranks of the uninsured would go up and they would continue to go up.

Next year, that’s because, Judy, they say the mandate ends. So people would choose no longer to have coverage because there is no mandate penalty. That shifts in 2024, where we see now another 24 million Americans or a total of 24 million Americans over now uninsured. And it grows because of the Medicaid changes, largely Medicaid cuts.

JUDY WOODRUFF: And you were telling that members of Congress, that the White House and others have already been commenting on this.

REP. NANCY PELOSI, D-Calif., House Minority Leader: The CBO has reported that the Republican bill pushes 24 million people out of health care, off of health coverage. This is a remarkable figure. It speaks so eloquently to the cruelty of a bill that the speaker called an act of mercy. I don’t know if he thinks it’s an act of mercy to all the people who will lose coverage

TOM PRICE, U.S. Health and Human Services Secretary: It basically says that we will be right back at pre-Obamacare status with about 40 million people uninsured in this country.

We believe that the plan that we’re putting in place is going to insure more individuals than currently are insured. So, we think that the CBO simply has it wrong.

JUDY WOODRUFF: So, Lisa, CBO, Congressional Budget Office, also looked at what is going to happen to premiums and their costs. What did they say about that?

LISA DESJARDINS: Right. That is the other big personal effect of this.

And is a mixed bag. Let’s look at what the CBO found there. In the next two years, the Congressional Budget Office found that actually this plan will increase premiums overall. They say that’s because healthy people will leave. The mandate penalty is removed and people that don’t have to have care will leave.

But then, after that, they say, that the premiums will actually go down. And that’s because there will be more choices, that there will no longer be these bronze plans, silver plans. There will be bare-bones insurance plans that are not allowed now. And they think more people will choose them, premiums will go down.

But one very important note, Judy. They think it’s by age. So premiums will likely go up for older Americans in general.

JUDY WOODRUFF: Which people we will of course be paying attention to across the board.

And, finally, Lisa, what about the effect on the budget?

But Republicans for a long time have felt that Medicaid spending was out of control. They’re reining it in here. That’s going to be a very big debate.

JUDY WOODRUFF: Well, Lisa Desjardins, I know you have only had an hour or two to look at this. It came out after 4:00 Eastern this afternoon. Thank you.

And we will continue to look at the impact of the CBO report.

Post Views: 621
Warning: json_decode() expects parameter 1 to be string, object given in /homepages/8/d668141621/htdocs/clickandbuilds/WordPress/MyCMS2/wp-content/plugins/posts-social-shares-count/classes/share.count.php on line 66
0
Shares 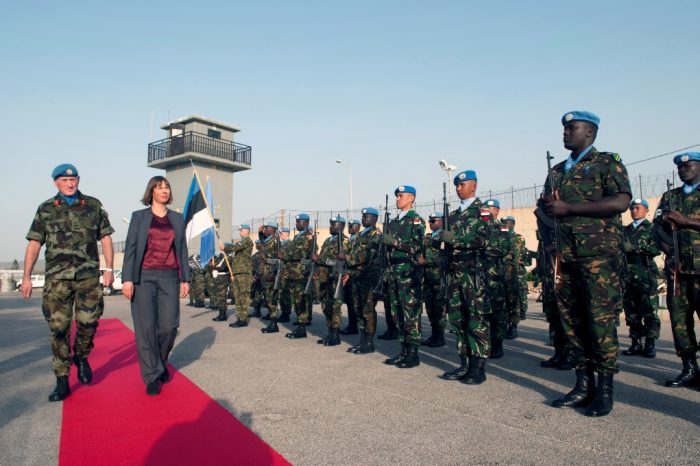 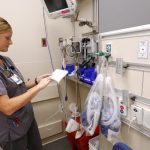