Sounds of the Electronic Jungle

0
652 Views
0
Warning: json_decode() expects parameter 1 to be string, object given in /homepages/8/d668141621/htdocs/clickandbuilds/WordPress/MyCMS2/wp-content/plugins/posts-social-shares-count/classes/share.count.php on line 66
0
Shares 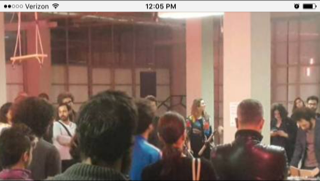 BEIRUT: Founded in 2000 by musicians Mazen Kerbaj and Sharif Sehnaoui, Irtijal is presently one of the oldest music festivals of Beirut, and one of the longest standing international events of post-war Lebanon. This longtime cultural gathering promotes contemporary and experimental practices in music and assists projects that do not necessarily belong within the Lebanese musical mainstream.

Discussing the progression of his musical career, Irtijal musician, Marc Codsi, a Lebanese composer, guitarist and multi-instrumentalist, told Annahar how his first interest in music came “late,” after he had finished college. Along the way, Marc found the festival and was enthralled: “When I came to Irtijal for the first time I was surprised to find something like this…I had an epiphany.”

From April 5 through 8, Irtijal presented the results of an electronic music workshop that took place in Beirut in December 2016, in collaboration with Simsara and EMS, presenting works by both local and foreign artists. On April 6, the Ashkal Alwen venue hosted Irtijal artists Marc Codsi, Khyam Allami and Tarek Atoui for three very diverse, experimental shows.

Ashkal Alwen is a visual arts space located in a back-alley of Sin-el-Fil, above Cirque-en-Ciel. The main room was lit by a dim, pink lowlight, creating a relaxed and intimate ambience as people of all ages, from young adults to middle-aged couples started crowding in.

First to play was Marc Codsi. A former member of the emblematic Lebanese rock band Scrambled Eggs, Marc has released two solo albums entitled Faded Postcards and Works & Coincidences in 2010 and 2013 respectively, and is currently working with an electronic rock duo called Lumi on a new album coming out at the end of the month.

Marc began the show with an electronic piece on analog and modular synthesizers, creating a unique musical blend of dark and light. While the instruments are electronic, he uses them to produce organic, natural sounds. As he plays, one has the impression of being immersed in nature, with rumbles as if of an earthquake, shakes and taps as if on tribal drums, the whistling of a pan-flute, and breathy sounds of a sometimes calm, and other times turbulent wind – truly an electronic jungle.

More so, the music speaks to the individual as if through a character on a journey – lost, struggling, rising only to fall, being haunted, being followed, going mad until finally returning to serene reality, with nothing but the sound of footsteps that slowly fade into a sleepy reverie. After this synthesis of a natural reality, Marc subtly takes us into a dream through space, with bubbling, empty, shuttle-like sounds that eventually fade away with a click-clack into the abyss.

Finally was Tarek Atoui’s Analog Ensemble, the mix of results from the electronic music workshop held in December, with musicians from Lebanon, Egypt, Iraq and Tunisia collaborating with talented Swedish producers and engineers Mats Lindstrom and Daniel Araya from EMS. The collective ensemble of diverse styles and sounds was led by Lebanese electronic authority Tarek Atoui in one of his rare appearances in Lebanon, and featured both participants from the workshop and musicians performing at the festival.

Irtijal ’17 was truly a vibrant, diverse and eye-opening festival. The wide array of styles, musicians, cultures and instruments created a wonderfully dynamic atmosphere of variety, with something for music enthusiasts of all styles and genres. The unprecedented amount of experimentation is truly enthralling, reflecting the experimental blend that is our world today – modern, yet traditional; technological, yet organic; war-torn, yet peaceful; and, most importantly, virtual, yet real.

Post Views: 652
Warning: json_decode() expects parameter 1 to be string, object given in /homepages/8/d668141621/htdocs/clickandbuilds/WordPress/MyCMS2/wp-content/plugins/posts-social-shares-count/classes/share.count.php on line 66
0
Shares 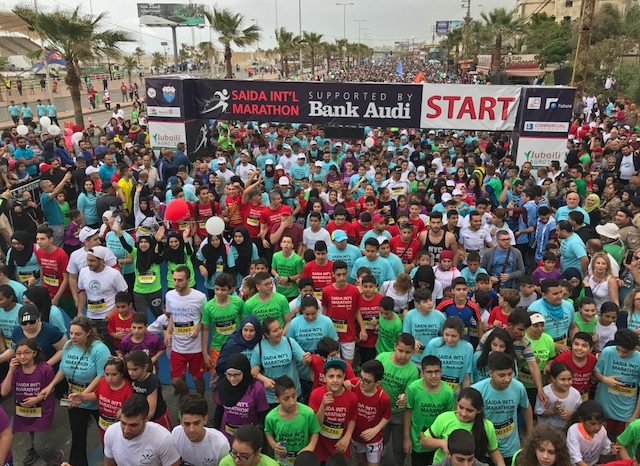 17,400 participants in Sidon Marathon: We run for development and peace 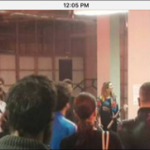 Sounds of the Electronic Jungle