0
547 Views
0
Warning: json_decode() expects parameter 1 to be string, object given in /homepages/8/d668141621/htdocs/clickandbuilds/WordPress/MyCMS2/wp-content/plugins/posts-social-shares-count/classes/share.count.php on line 66
0
Shares 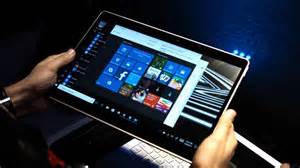 March 21, 2017 at 6:35 PM EDT
Passengers flying out of 10 specific airports in the Middle East can no longer take large electronic devices in their carry-on luggage, according to a new rule from the Department of Homeland Security. The British announced a similar rule, but included different airports. William Brangham gets insight from Matthew Olsen, former director of the National Counterterrorism Center.

JUDY WOODRUFF: The Department of Homeland Security has added new security precautions to flights from 10 specific airports in the Middle East.

William Brangham has the story.

WILLIAM BRANGHAM: Passengers flying out of these airports can no longer take large electronic devices, things like laptops or mobile gaming devices or tablets, on board with them. Those devices have to be in checked luggage only. Cell phones are still allowed on board.

The new restrictions apply to flights from 10 specific airports in Jordan, Egypt, Turkey, Saudi Arabia, Kuwait, Morocco, Qatar, and the United Arab Emirates. The British today announced a similar move, but they included some different airports in their ban.

We turn now to Matthew Olsen for more on this. He was the director of the National Counterterrorism Center during the Obama administration. And he now teaches at Harvard University.

I wonder if you could just tell me a little bit, what is going on here?

MATTHEW OLSEN, Former Director, National Counterterrorism Center: Well, it would appear that, almost certainly, there is some new intelligence that the intelligence community has gathered, whether on its own or from one of our partners in the region, that has given the government, in particular the Department of Homeland Security, increased concern about the possibility that a terrorist organization has developed some type of bomb that it can hide in a device like a laptop.

You know, whether that is brand-new intelligence or maybe just new analysis of existing intelligence, it’s hard to say, but, certainly, there is some new piece of information that has given the government more cause for concern in this particular context.

WILLIAM BRANGHAM: I mean, clearly, it also seems that we have lost faith in these particular airports, either in their ability to screen luggage or their ability to weed out infiltrators amongst their staff. Is that right?

MATTHEW OLSEN: Well, we have always had concern about airports in this region, and we have always placed additional screening requirements on flights that leave from these airports and don’t stop before reaching the United States.

But the truth is that the best place to stop a terrorist attack, a plot like this, is at the earliest possible stage, where you can have intelligence that allows you to identify those individuals who are responsible for the plot.

The last opportunity really is at those airports, and really you are at least hoping that you’re going to be able to stop a bomb once it reaches the airport gate.

WILLIAM BRANGHAM: I mean, you were in the Obama administration when these kinds of decisions were being made all the time, I imagine.

Can you give us a sense of what kind of intelligence would trigger this kind of an action?

I mean, for one, this was a source of constant concern when I was at the National Counterterrorism Center. And, if you will recall, there have been three plots just since 2009 to try to put a bomb on an airplane bound for the United States.

So, this has been an area of real concern because of the determination of terrorist groups to blow up an airplane bound for the United States. But the way this information may well come to light is a number of ways. One is through intercept of communications between terrorists talking about something like this.

It could come from our allies in the region and their intelligence sources, whether those are electronic surveillance or — come from electronic surveillance or from human sources. But, certainly, there is some new information from one of these types of sources that then gets put into the system here, and analysts go over it, and they compare it to what we know from the past, and come up with a judgment that then is supplied to the Department of Homeland Security, which ultimately makes the decision about what limitations to enforce on planes bound for the U.S.

WILLIAM BRANGHAM: Can you explain the distinction here between carry-on vs. checked luggage?

I mean, if I have somehow smuggled a bomb onto a computer or some electronic device, what difference does it make if it’s with me in the cabin or just below my feet in my checked luggage?

MATTHEW OLSEN: Well, there are some instances where we have seen devices — think back to the underwear bomb in Detroit in 2009 — where the actual detonation of the device required actual human interaction.

So, the person had to have access to the device in order to detonate it. So, that is obviously a clear distinction between having checked luggage and why there is a greater concern with somebody who has got immediate access to — potentially immediate access to a device because they were able to bring it on to an airplane, as opposed to being required to check it.

WILLIAM BRANGHAM: Does the fact that the British have also instituted a similar ban, albeit with some slightly different airports, does that you greater confidence that this is really a substantive threat?

MATTHEW OLSEN: Well, it certainly does, at least in the sense that the United Kingdom and the United States work incredibly closely together on all these types of issues and share intelligence.

It certainly suggests to me at least that the U.K. and the U.S. are in lockstep in how they’re reading whatever new information there may be that has caused this concern.

WILLIAM BRANGHAM: I mean, obviously, the administration says that this is not related to its recent travel bans, but it’s sort of hard to overlook the timing, that these things are happening at the same time.

Do you see a relation between those?

MATTHEW OLSEN: You know, I really don’t, I think, because this has been an issue that’s been around for several years through a number of administrations going back to President Bush, President Obama, and now President Trump.

Matthew Olsen of Harvard University, thanks very much. 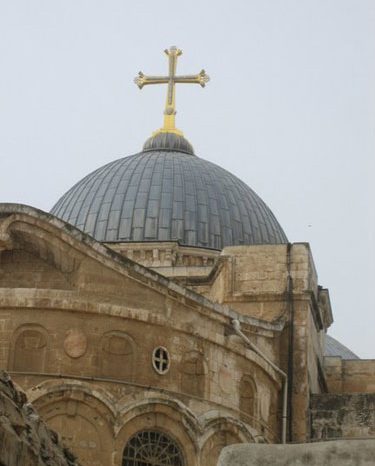 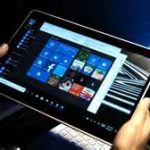