0
803 Views
0
Warning: json_decode() expects parameter 1 to be string, object given in /homepages/8/d668141621/htdocs/clickandbuilds/WordPress/MyCMS2/wp-content/plugins/posts-social-shares-count/classes/share.count.php on line 66
0
Shares 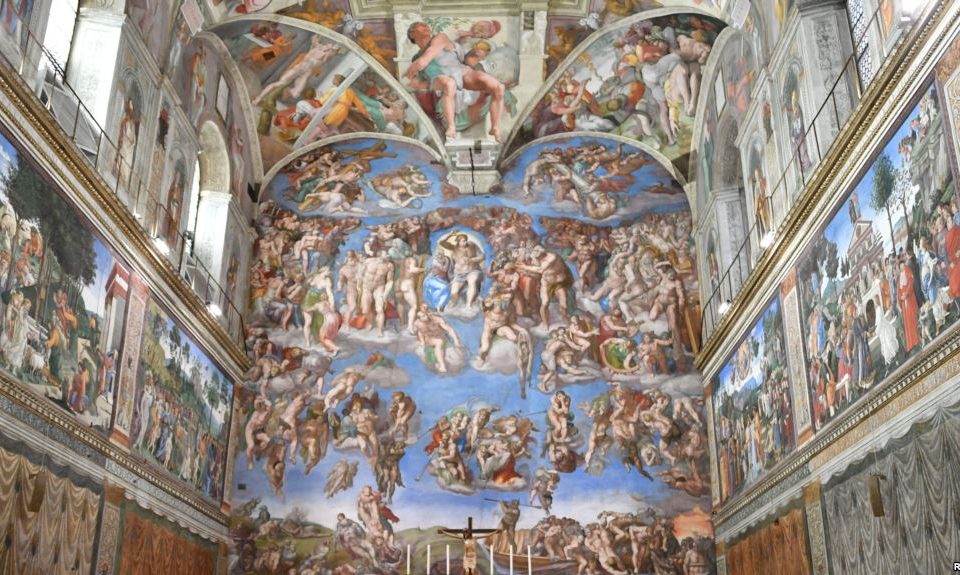 The last time the entire Sistine Chapel was photographed for posterity, digital photography was in its infancy and words like pixels were bandied about mostly by computer nerds and NASA scientists.

Now, after decades of technological advances in art photography, digital darkrooms and printing techniques, a five-year project that will aid future restorations has left the Vatican Museums with 270,000 digital frames that show frescoes by Michelangelo and other masters in fresh, stunning detail.

“In the future, this will allow us to know the state of every centimeter of the chapel as it is today, in 2017,” said Antonio Paolucci, former head of the museums and a world-renowned expert on the Sistine.

Michelangelo’s ceiling frescoes include one of the most famous scenes in art – the arm of a gentle, bearded God reaching out to give life to Adam.

The Renaissance master finished the ceiling in 1512 and painted the massive “Last Judgement” panel behind the altar between 1535 and 1541. 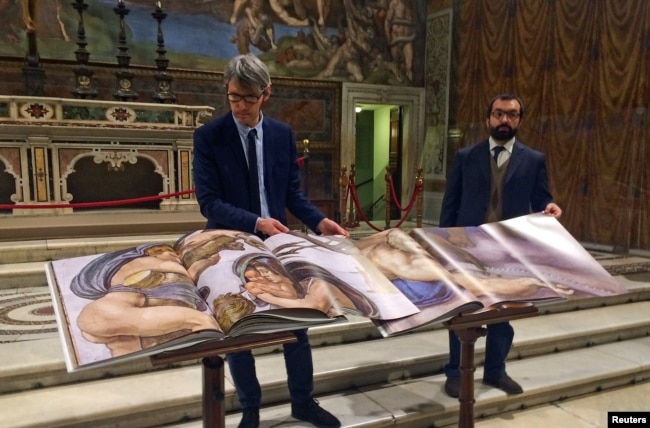 Two 1:1 scale photographic books depicting Sistine Chapel are seen during a news conference in the Sistine Chapel, the Vatican, Feb. 24, 2017.

The last time all Sistine frescoes were photographed was between 1980 and 1994, during a landmark restoration project that cleaned them for the first time in centuries.

The new photos were taken for inclusion in a new three-volume, 870-page set that is limited to 1,999 copies and marketed to libraries and collectors.

The set, which costs about 12,000 euros ($12,700), was a joint production of the Vatican Museums and Italy’s Scripta Maneant high-end art publishers.

Post-production computer techniques included “stitching” of frames that photographers took while working out of sight for 65 nights from 7 p.m. to 2 a.m., when the chapel where popes are elected is closed.

The project was known to only to a few people until it was unveiled in the chapel on Friday night.

The set includes the entire chapel, including the mosaic floor and 15th century frescoes by artists who have long languished in Michelangelo’s giant shadow. 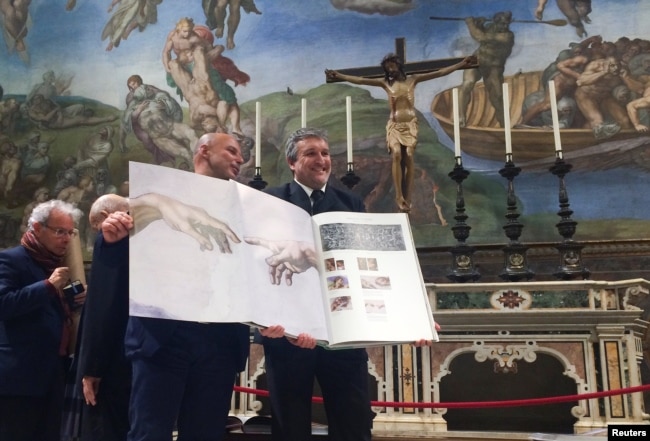 A 1:1 scale photographic book depicting Sistine Chapel is seen during a news conference in the Sistine Chapel, the Vatican, Feb. 24, 2017.

The old photos taken during the last restoration were done with film.

“We used special post-production software to get the depth, intensity, warmth and nuance of colours to an accuracy of 99.9 percent,” said Giorgio Armaroli, head of Scripta Maneant.

“Future restorers will use these as their standards,” he said, adding that each page was printed six times.

Brush strokes are clearly visible as are the “borders” delineating sections, known as “giornate,” or days. Since frescoes are painted on wet plaster, artists prepare just enough for what they can complete in each session.

The photographers used a 10-meter-high (33 feet) portable scaffold and special telescopic lens. The results are now stored in a Vatican server holding 30 terabytes of information.

Post Views: 803
Warning: json_decode() expects parameter 1 to be string, object given in /homepages/8/d668141621/htdocs/clickandbuilds/WordPress/MyCMS2/wp-content/plugins/posts-social-shares-count/classes/share.count.php on line 66
0
Shares 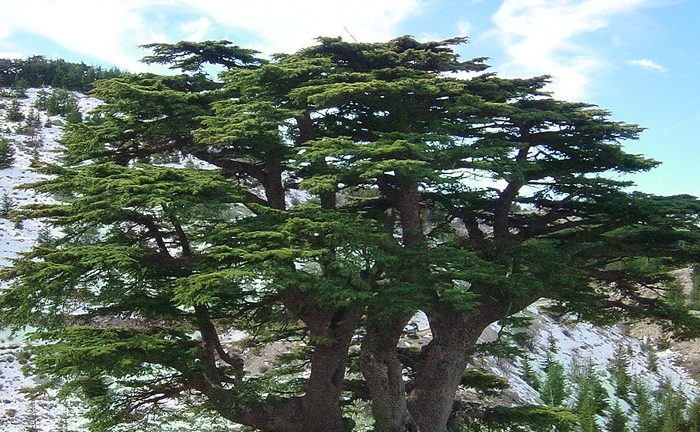 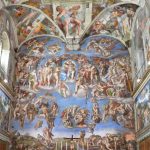